Prepping for your best BBQ season ever 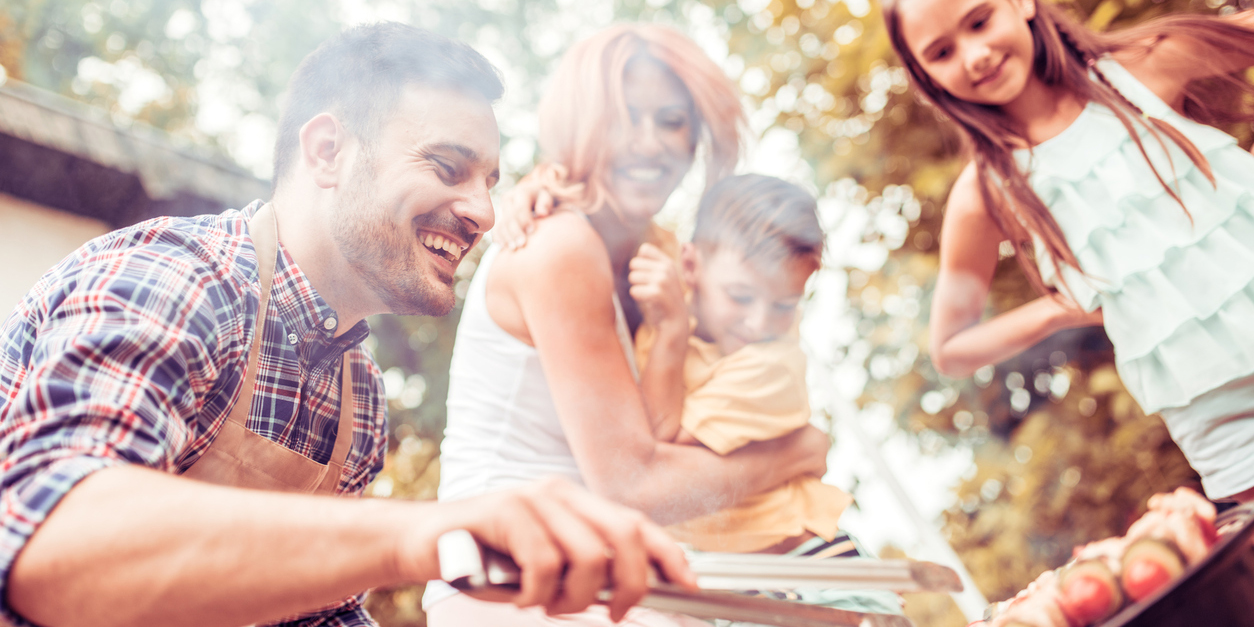 Prepping for your best BBQ season ever

After a long, frigid, horrible, seemingly never-ending Canadian winter, it’s FINALLY warm enough to go outside again! That means it’s time to get reacquainted with the great outdoors (or in our case, the backyard) and awaken a dear friend that’s been hibernating for basically the last six months. It’s time to get re-acquainted with your summer BFF: your BBQ.

Canadian summers are far too short, so it’s important to hit the ground running at the official (at least to us it is) start of BBQ season, Victoria Day long weekend. But BBQ prep is about more than the grill. Your fridge, kitchen, and BBQ have to work as a team, and if they all get along, you can bet summer 2018 will be the year your friends crown you the Barbequeen (or king). Check out our top eight BBQ tips to make sure you ascend to the BBQ throne this summer!

Step 1: get some BBQ inspiration

Don’t get stuck in a BBQ rut this year! We hear that fusion-inspired recipes and hasselback potatoes are going to be big BBQ trends in 2018, and a little recipe research may be just what you need to get your grilling season off to a scorching start. Take some time to check out a few new recipes to add to your usual BBQ roster. By doing the research ahead of time, you’ll save yourself multiple trips to the grocery store, since you’ll know exactly what you need to get. If you need help getting started, check out some of our great, grill-worthy chicken recipes, like Smoky Cajun Butterflied Grilled Chicken, Piri Piri Grilled Chicken Breasts or Chicken Skewers with Peanut Sauce.

Step 2: clean out and restock the fridge

While the grill always gets all the glory, the fridge is a really important supporting player in a successful BBQ, so show it some pre-BBQ-season love! Give your fridge a good clean before the start of the season so you can toss stuff that’s been hiding out in the back of the fridge since last summer. And when you do rediscover that long-forgotten relish jar that’s older than some of your kids and has turned a practically radioactive shade of green, don’t beat yourself up – we’ve all been there.

Once you’ve purged the fridge of any remnants from last year, stock up on tasty condiments so you can set up a hotdog/burger bar at your next BBQ and let guests build the hotdogs and burgers of their dreams! You can never go wrong with classics like ketchup and mustard from our friends at French’s, but don’t be afraid to try some fancier options, like garlic aioli or chipotle mayo. And don’t forget the BBQ sauce! Try having different BBQ sauces to suit different tastes: smoky, sweet or spicy. Having lots of customizing condiments is an easy way to take your next BBQ from #basic to #best!

Step 3: freeze something for later

Some BBQs are planned, and some are more spontaneous. There will be summer days when you get home and realize it’s just too hot to cook … inside. When these moments happen, you don’t want to be stuck without anything to grill. Next time you stock up for a planned BBQ, buy some extra cuts of meat and pop them in the freezer for later. (Protip: we’ve tested them out, and we find that our boneless, skinless chicken breasts; Smokies chicken sausages; and Spicy Ultimate chicken franks all BBQ from frozen flawlessly!) Now, all you need is an extra few minutes on the grill when the muse strikes and voilà, impromptu B-B-Q!

That grill may have been sitting on the patio (or at least in the garage) all winter long, and has weathered its share of storms. Give it a once over to make sure the hoses are in good shape and everything’s in safe working order before you fire it up. Also, make sure there’s actually propane in there! Trust us, there’s nothing sadder than getting everything prepped and ready for the first BBQ of the season and then realizing, minutes before dinner, that there’s no fuel in the tank.

The first BBQ of the season deserves a good clean grill to get things started. Give it a really thorough scrub. If your grill is still really gunked up from last year, you may want to take the grill racks off completely and let them soak overnight in some soapy water.

Yeah, we all “forget” about this one (i.e., put off cleaning the greasiest, grossest part of the grill until, we hope, some kind soul offers to do it for us). But trust us, this is a basic piece of BBQ maintenance that you’ll want to do after every 4-5 uses. Let this one go too long and it’s not only really gross, but also a huge fire hazard.

Step 7: have the right tools for the job

Special jobs (like BBQing) need special tools. Keep your fingers a little further from the flames and invest in BBQ essentials like spatulas, tongs, grill forks, basting brushes and grill cleaning brushes that have long, sturdy handles. And this may seem obvious, but please make sure they’re metal – fire and plastic don’t mix.

To avoid disappointment on the Big Grill Day, give your BBQ set up a test run at least a day before. The best part is that you get to eat all that tasty test BBQ food to make sure it’s up to snuff – how very noble of you!

P.S. We’re so excited about BBQ season, we want to up your grilling game even further! We’re giving away five (yup five!) Broil King grills throughout the season! Sign up for our email newsletter to be the first to know about the contest!