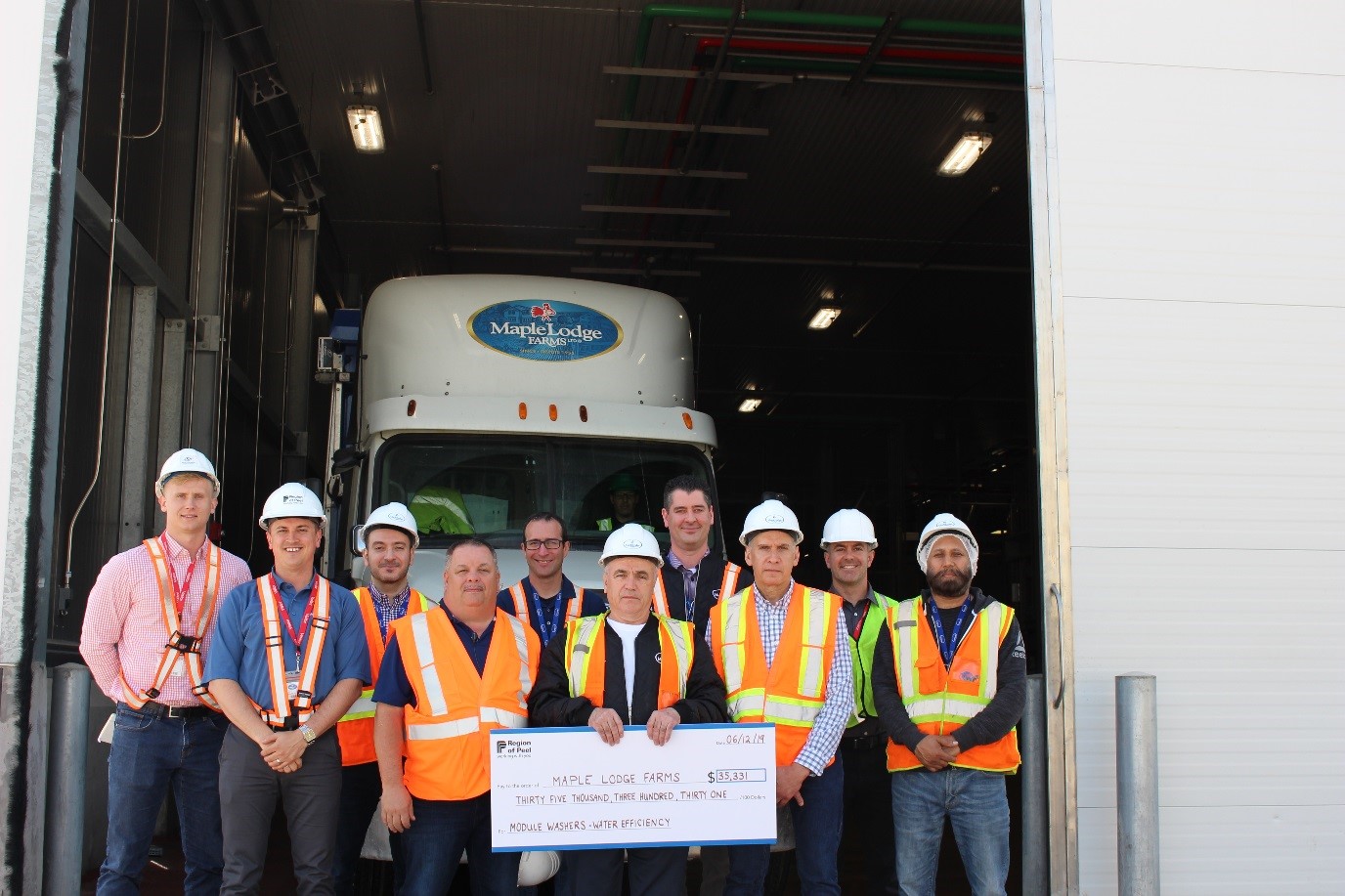 Maple Lodge Farms – Canada’s largest chicken processor – has successfully upgraded its Module Washers in an effort to reduce its environmental footprint and fulfill its commitment to the responsible use of resources in its operations. The project has reduced water usage in this facet of its operations by 62% annually, garnering praise from the Region of Peel.

About The Module Washer Efficiency Upgrade

Prior to their adoption of the new transport system, Maple Lodge Farms used two crate washing systems to clean their chicken crates. With the advent of a new transport container system, two new high-efficiency wash systems were installed in their place, which utilize more recirculated water and high-pressure flows.

In addition to shining a light on improved environmental sustainability, the new Module Washer has also resulted in economic benefits for the company. Maple Lode Farms is projected to save $75,827 in water cost savings annually, as well as earning a one-time rebate from the Region for $35,331.

In 1834, the May family arrived in Canada and settled on a farm just outside what is now Brampton, Ontario. Among the few things they brought was a proud tradition of hard work, agricultural wisdom and humble family values. Each subsequent generation farmed that same property and today it is home to the headquarters of what became their thriving commercial chicken processing business. Today, still family-owned, Maple Lodge Farms (MLF) is Canada’s largest chicken processor. Their products include fresh and frozen chicken cuts, as well as chicken wieners and deli meats, which are sold domestically and in more than 30 countries worldwide. MLF is also Canada’s number one supplier of Halal meat to the consumer marketplace.

About The Region of Peel

The Region of Peel works with residents and partners to create a healthy, safe and connected Community for Life for more than 1.5 million people and 175,000 businesses in the cities of Brampton and Mississauga and the Town of Caledon. Peel’s services touch the lives of residents every day. Recognized as a leader in management and service delivery, the Region of Peel is the only government organization at any level to receive Excellence Canada’s Platinum Award for Excellence, Innovation and Wellness®.

For more information about the Region of Peel, explore peelregion.ca.